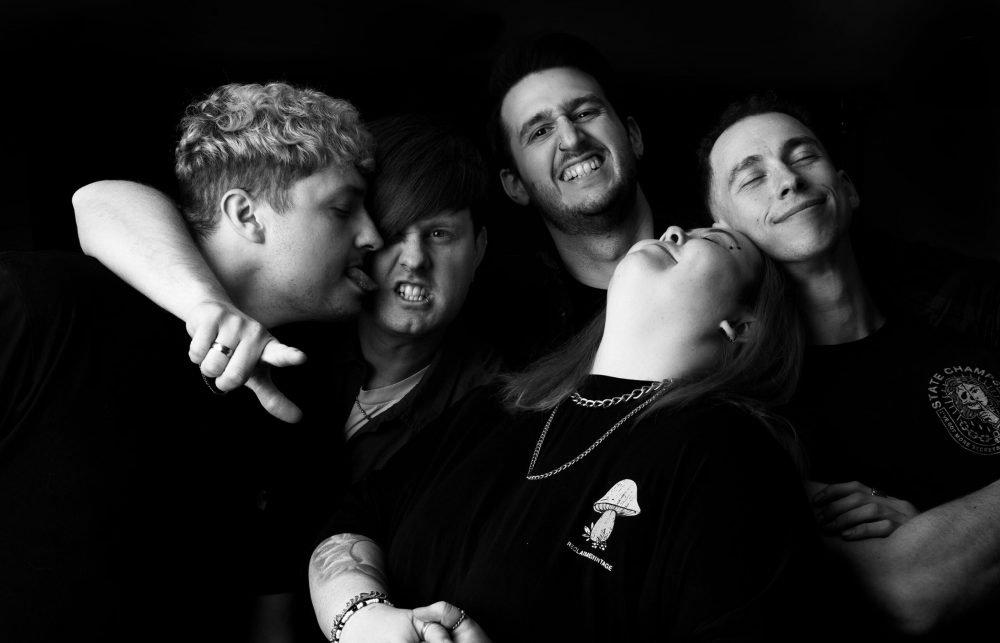 It’s 2022 and STANDING LIKE STATUES continue to deliver on their unwillingness to compromise, with authenticity and honesty. It’s time to question the lies and to tell the undeniable truth, to trust in yourself, have faith in your own actions and to be an agent for positive change.

In 2020, the band released an EP called Reality Checkpoint. This saw support from Spotify’s ‘New Punk Tracks’ and ‘The Scene’ playlists, from Kerrang! Radio’s Alex Baker and Johnny Doom, BBC Music Introducing and many other reputable outlets. This collection of songs explored a difficult time for the band, dealing with some of the personal issues they experienced, which is expressed by the raw EMOtion of the tracks. Those expressions have now matured into something greater… THIS IS SURVIVAL.

The band released their new single ‘Truth Hurts’ in February 2022. It saw its debut airplay on Kerrang! Radio, continuing to build momentum, being aired and featured worldwide. Following this, new single ‘Survival’ has just been announced, due for release 20/05/2022, which is during their UK tour and falls on their London date. These new songs aim to inspire dialogue between people, to get the conversation moving, to shake the fear of rejection. It’s ok to have original thinking and it is ok to express it. We are using our voice to shed light on the dark; this isn’t just about the music, it’s a STATEMENT OF TRUTH.

Originally formed in 2015, Standing Like Statues have supported the likes of We Are The Ocean, Decade, Fort Hope, Courage My Love and MANY more. Expect to see the band at festivals this summer and next, as well as touring the UK for the remainder of 2022. Standing Like Statues leave no stone unturned when it comes to the continued evolution of their music.

“Standing Like Statues are fronted by Jamie Wiltshire, who’s voice is just “oh my God!” I wish I could sing like this dude. They had Romesh Dodangoda work on their track Skylines. Just enormous. Inspired by Taking Back Sunday and 30 Seconds to Mars, you can hear the influences in their sound, but they still have a sound all of their own…Love it”